Book and review 3,352 holiday parks and campsites in the UK, Europe and the Americas

Book sites with a 15% transferable deposit and balance payable on arrival, or sites with flexible amendments into next year and beyond.

Coronavirus restrictions mean that you may need to change your travel plans. When will campsites and caravan parks open in the UK? More information.

A pizza the action - the Pitchup.com guide to Italian cuisine

As we mentioned last month, we're rather fond of food at Pitchup.com. And so we're zipping, Pacman-like, through the cuisines of Europe (we'll probably get to the booze soon enough too).

It was sunny Spain last month and now it's the turn of Italy – so play that funghi music, pour some prosecco and read on for our guide to the best of Italian cuisine and where to find it in il Bel Paese. (Also, what do you call a fake noodle? An impasta.)

The main slice of foodie action in the land centres around le sagre, the local festivals celebrating a food particular to/beloved in the region and covering such gastronomic delights as frogs at Casteldilago near Arrone; fish and seafood at coastal Liguria and at Campania; chestnuts in Umbria; aubergines in Sicily, and truffles to be sniffed out in Piemonte.

Italy has between 18,000 and 30,000 sagre every year, which coincidentally is also the number of annual pizzas consumed in the Pitchup.com office. Most sagre are held between June and September: look out for sagre posters in towns, ask at your campsite or follow the locals to the action – we hear that Italians do know their food.

A few of our faves – remember to bring a friend along so you don't feel cannelloni:

The White Truffle Fair in Alba, Piemonte, is probably Italy's best-known sagra and is visited by chefs, foodies and wistful types the world over in October for the start of the white truffle season.

The invitation-only truffle auction held here sees prices of around £1600 per kilo – if that's beyond your budget (bitter laugh), hang around the truffle market and food fair afterwards: at the former to weep that riches have not yet come into your grasp, and at the latter to try out more affordable local cuisine.

But as you must try a truffle in this part of the world, the best way to do it on a budget is to buy a single one and ask staff to grate it over your chosen dish at a local restaurant. (We do not recommend shaving truffles into beer.)

Everything foodie in Veneto, ever 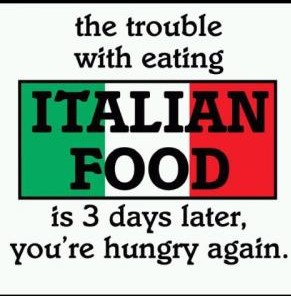 We were in a right pickle trying to pick a fave food fest in Veneto as Venetian cuisine is one we'd throw caution/wasitlines to the wind for, so we're going to cheat and list a few.

The Santa Caterina di Lusiana, celebrating gnocchi, is gnot one to miss; follow your nose to Lusiana in mid-August. And if we were spending some months around the region (yearning sigh), we'd also go for:

Wild horses couldn't drag us from this one, the Tuscan town of Suvereto's celebration of cuisine around wild boar meat and one of several wild boar sagre in the region.

Happily, this sagra also includes wine from Tuscany vineyards, and is held in winter (late November to December), so provision can be made to visit Italy again before Christmas. Get stuck into trad dishes like pappardelle al cinghiale (pasta with boar meat sauce) or cinghiale in salmì (stewed boar meat), all washed down with the finest Tuscany wines.

Also in Tuscany, toddle along to:

All festivals in Italy

All campsites in Italy

Campsites in Italy in an area of gastronomic delight (hint: many)

Another pizza the action

Apart from the sagre in Italia, roll around regions at any time investigating the foodie specialties of each area – some samples to get you started:

Next month – Germany. Yes, written in plenty of time for Oktoberfest.