We do like our food at Pitchup.com. And thus we have written food blogs accordingly – on our top ten British food trails, finding areas of gastronomic delight when camping, the best UK food festivals and rolling along on a British cheese roundup.

But. Now that we're bigger than ever before (we mean our number of campsites, but are also eyeing our waistlines), we have teams in place for Spain, France, Germany and Italy, with more country reps to come soon.

So what better time, thought we, than to write a series of blogs celebrating all things food in all other places EU? (We've already kindly compiled a guide to the wine regions of France.)

And so, EU food blog the first: what and where to eat in sunny sunny Spain. You won't want ta-pas on these:

Cataluña is the first of the muchos Spanish food regions that sprang wistfully to mind for our Spanish team; we're hoping they'll bring samples into the office soonish.

Ham (jamón), the bread and tomato with olive oil (pa amb tomàquet) served at practically every meal, and 11 wine-growing regions are all part of what makes Cataluña a foodie region – and we're always going to like a place which produces over 95% of a country's cava.

Catalan cuisine is a mix of food from the mountains – game, duck, chicken and lamb – and the fish and shellfish of the Mediterranean made into rich stews: ask for zarzuela or suquet to sample these at their tasty best. And that's before taking oneself to the bars and restaurants and famed La Boqueria food market of Barcelona…

For festivals, crawl along to the L'Aplec del Caragol snail-eating festival of Lleida, three days in May where goers guzzle around 12 tons of snails.

In winter, make for Tarragona an hour from Barcelona for the calçotada, a festival involving red wine and the region's giant spring onions (calçot) consumed excessively and messily: we're there.

(And if snails are your garlicky thing, find out how to forage them in the UK in our Call of the Wild blog.)

Spain's most scorchio region has a sizzling amount of good food to get through: it's known for its jamón of all flavours, its gazpacho – we did say the region was scorchio – and its olive oil, produced among other regions in the groves of Granada, Jaén and Córdoba: Andalucia is the biggest producer of olive oil in the world.

As there are five coastal provinces, seafood and shellfish accounts for a whopping amount of Andalucian cuisine too, best sampled, we think, in a chiringuito (beachside food kiosk or bar).

Pescaito frito, fish fried in olive oil, is probably the most common Andalucian fish dish, but we also slurpingly recommend arroz marinero, the rice-based soup with seafood such as clams, mussels or prawns; anchovy and sardines in Málaga; and oysters or sea snails in Cádiz.

Andalucia has nearly 3000 festivals throughout the year and the food of a particular region, province or town will be featured at almost all of them.

Have a foodie look at Seville's tapas fair each February and the Feria de Abril in April, or take a trip to any region to see its specialities: chestnuts and Iberian ham in Huelva; paprika broth, broad beans and rabbit in Almeria, or oxtail and lamb stew, roasted pigs' feet and pigeon with olives in Córdoba. 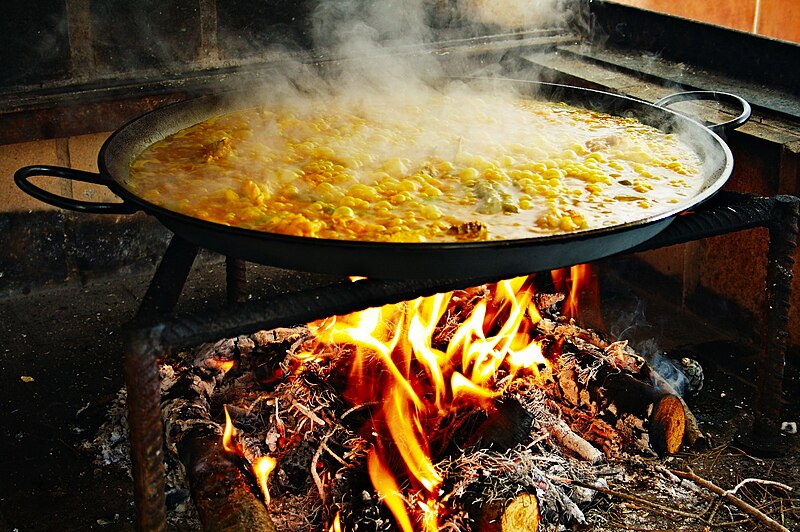 The food of Valencia

There a tomato festival in Comunidad Valenciana/Valencia. Where one can pelt as many peeps as poss with handfuls of tomatoes, something we don't often get to do..

La Tomatina tomato fight in Buñol near Valencia looks like a right hoot for those visiting the area in the last week of August; those in the know say to bring a change of clothes for the journey home.

Elsewhere, Valencia is the Spanish region where tasty tasty paella originated and where rice forms the base of many meals.

Naturally there are festivities in Valencia for paella too, mainly at the Rice Festival and International Paella Contest in Sueca every September: this is where the world's biggest ever paella was made, feeding 100,000 people.

Unlike the rest of Spain, Valencian paella doesn't use seafood as a given: often it stirs in rabbit, chicken and snails – but like Andalucia and Cataluña, Valencia has a hefty seafood and shellfish tradition in its cuisine.

Shark, seafood, Denia prawns and salted tuna (mojama) in Alicante, and empedrado de arroz (cod stew with white beans) and 'sea rice' with shrimp and clams in Castellón should all go down swimmingly. 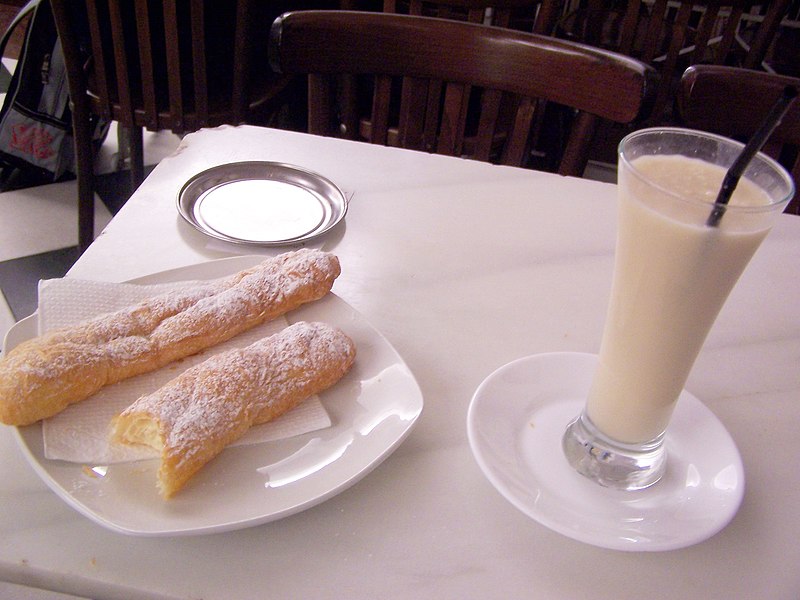 More seafood, including anchovy and lobster, alongside game and meat from the mountains, salmon and trout from the rivers, and Cantabrian cream cheese, using the milk of Friesian cows in the Cantabrian mountains. An annual Anchovy Festival is held in Santoña each May.

All campsites in Spain

Spanish campsites in an area of gastronomic delight

We'd also planned to cover what and where to tipple in l'Espagna, but our expert opinion is that that's a whole 'nother blog...

In the meantime, peruse our UK boozy blogs: our dramping (drinking and camping) guide to the Scottish Whisky Trail, a bubbly celebration of Cider and Perry Month, and our nifty guide to making blackberry brandy and other foragey alcohol.

We'll see you next month, in Italy, for pasta and sagre.