Back of the net! The Pitchup.com guide to watching the World Cup 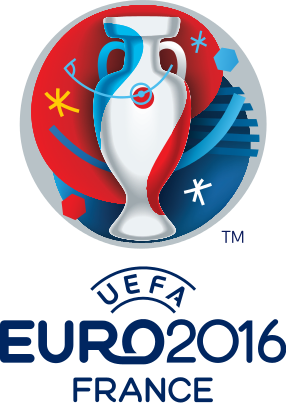 Words could not possibly express how much we love international footie tournaments. Well, a few possibly could: they are ‘squeee’, ‘beer’ and ‘phone in sick’.

Even better than the World Cup, Euros etc themselves – if such a thing were so – is watching the matches in the pub. Or indeed, any football, but international footie is a bit special. Did we already say ‘squeee’ and ‘phone in sick’?

Yet alas, some ‘football tournament drinkers’ can be inexperienced.

This is because they only go to pubs on ‘special occasions’, much like inexperienced Christmas office party pub goers who start screeching after one glass of wine, singing after two, declaring their love/hatred for a colleague after three and are found crying in the toilets after four.

But. Luckily, we have our top ‘watching football in the UK’ tips to enable you to hit the back of the net in style when watching telly in a British pub.

We hope that the entire country joins us in our shenanigans, picking the underdog team in international tournaments always, organising a sweepstake at work and becoming knowledgeable about injuries of metatarsal.

Pick a team and stick to it. Yes, even if it looks like they're going to be knocked out in the first round. We can't stress this enough. The Brits, Irish and possibly ever footie-loving nation on the globe do lofty disdain very well for fairweather fans.

Express your support loudly with every goal, saved attempt at a goal and, towards the end of the match and several pints in, noisily applauding every move.

Likewise, be sure to loftily disparage any effort made by the opposing team, particularly by use of a potty mouth. Handy themes to consider here include slurs on a player’s looks, tabloid history or loudly proclaiming your granny could have put that in the back of the net (while blindfolded).

Special rules apply when one’s team scores: acceptable ways of showing your pleasure include pulling one’s top over one’s head and running around the bar, starting a ‘chant’ (chants should continue for at least five minutes) or doing what is known as ‘getting in the face of’ the opposing supporters and shouting ‘Who’s the daddy now then’.

Conversely, if the opposing team scores, one should remain expressionless/affect an attitude of not caring, particularly when the opposing supporters use methods as detailed above.

If you're a football-loving lady, do have spectacular fun playing on the stereotype of women not being football fans by arming yourself with an encyclopaedic knowledge of the teams, players and previous tournaments.

A casual ‘I knew England would underestimate Andrea Pirlo to their peril’ or ‘That reminds me of Nelinho’s curling shot past Dino Zoff in the third place play-off in Argentina 1978’ can produce a satisfying jaw drop from a certain type of, shall we say, old-fashoned football fan, although care must be taken that he does not then become amorous (unless of course this is your intention. If so, carry on).

Be fully aware of football clichés and sprinkle them liberally through your conversation (this is also known as being an ‘armchair manager)’.

Examples include ‘It’s a funny old game’; ‘Football is a game of two halves’; ‘He just walked that one in,’ and mentioning David Beckham any time any player is preparing a free kick.

(Bonus ‘football commentator’ points for mentioning 1966 at the start of any match, especially if England isn’t playing.)

Do not buy, listen to, sing or dance to whichever godawful tune the England squad/World Cup officials have come up with this time round. Even if drunk.

The only acceptable melody, ever, for any World Cup is Nessun Dorma, from the glorious Italia 90, aka ‘The World Cup of Which They Should Make a Film’.

This may be a particular Pitchup.com peculiarity, but in the interests of preventing a) earworm and b) media saturation, we're standing firm. It is Not Done.

Prepare to starve/get terribly tipsy indeed on an empty stomach, for food is not taken during football matches in pubs. (Crisps, peanuts and pork scratchings are acceptable.)

If one is in a pub that is still serving food when the match is on, one must go hungry rather than order a meal, as one will look and feel like a prat sitting down to a full plate while surrounded by a hundred or so standing shouting football fans.

A ‘kebab’ is the traditional British method of assailing hunger after the pub closes.

Continue to be sporting, old boy/girl. If/when one’s team is ‘knocked out’ of the tournament, it is not considered sporting to then assume an attitude of indifference for the entire competition. This will make one look petty. One must ‘adopt’ another team to cheer on, and then another if necessary, all the way up to the final.

Some fans choose to throw their support behind the team that knocked their own team out, labouring under a strange sense of fair play, but we consider this unnecessarily masochistic. (It is perfectly acceptable to stalk said team until they lose their last match, then celebrate their demise with great glee/pints.)

As our summer holidays blog pointed out, most holiday parks and campsites with a TV room or bar should be showing the action, as well as a festival or two (Isle of Wight Festival, go to the top of the table. We’re still holding our thumbs that we can watch one of the quarter-finals after Iron Maiden at Sonisphere).

Sites with kids’ clubs are likely to incorporate a World Cup themed event or two for mini footballers; if not, bring your own ball and introduce the youngsters to the quaint custom of ‘jumpers for goalposts’ (Pitchup.com takes no responsibility for shots that may or may not have hit the invisible bar).

We're updating this blog for Euro 2016, partly because we have such Un Massif Team now that this one is going to be most exciting officewise compared to Brasil 2014 (although not much can compare to those splendid summer weeks), and partly just because. We are rather excited.

A few suggestions for where to watch:

Campsites and holiday parks in France with a TV room

Campsites and holiday parks in France with a bar

All pub campsites on Pitchup.com

All campsites and holiday parks with a TV room

All campsites and holiday parks with a ids’ club

We think we might kick a tennis ball around the office now. In the meantime, while away the time between matches by watching the 100 best World Cup moments , courtesy of the lovely Beeb.